This is an overview of the tools and practices I've used for debugging or profiling purposes. This is not necessarily complete, there are so many tools so I'm listing only what I think is best or relevant. If you know better tools or have other preferences, please comment below.

Yes, really. Can't stress enough how important it is to have adequate logging in your application. You should log important stuff. If your logging is good enough, you can figure out the problem just from the logs. Lots of time saved right there.

If you do ever litter your code with print statements stop now. Use logging.debug instead. You'll be able to reuse that later, disable it altogether and so on ...

Sometimes it's better to see what gets executed. You could run step-by-step using some IDE's debugger but you would need to know what you're looking for, otherwise the process will be very slow.

This will make lots of output (every line executed will be printed so you might want to pipe it through grep to only see the interesting modules). Eg:

Grepping for relevant output is not fun. Plus, the trace module doesn't show you any variables.

Hunter is a flexible alternative that allows filtering and even shows variables of your choosing. Just pip install hunter and run:

Take a look at the project page for more examples.

If you're feeling adventurous then you could try smiley - it shows you the variables and you can use it to trace programs remotely.

Alternativelly, if you want very selective tracing you can use aspectlib.debug.log to make existing or 3rd party code emit traces.

Very basic intro, everyone should know this by now:

Or (press c to start the script):

Once in the REPL do:

Drop in replacements for pdb:

Now run winpdb and go to File > Attach with the password.

Get remote-pdb and then, to open a remote PDB on first available port, use:

To use some specific host/port:

If you don't need a full blown debugger then just start a IPython with:

If you don't have an attached terminal you can use manhole.

I'm always surprised of how underused they are. You can figure out a wide range of problems with these: from performance problems (too many syscalls, memory allocations etc) to deadlocks, network issues, disk issues etc

The most useful is downright strace, just run sudo strace -p 12345 or strace -f command (-f means strace forked processes too) and you're set. Output is generally very large so you might want to redirect it to a file (just add &> somefile) for more analysis.

Then there's ltrace, it's just like strace but with library calls. Arguments are mostly the same.

And lsof for figuring out what the handler numbers you see in ltrace / strace are for. Eg: lsof -p 12345

It's so easy to use and can do so many things - everyone should have htop installed!

Now find the process you want, and press:

There's no replacement for good, continuous server monitoring but if you ever find yourself in that weird spot scrambling to find out why everything is slow and where are the resources going ... don't bother with iotop, iftop, htop, iostat, vmstat etc just yet, start with dstat instead! It can do most of the aforementioned tools do and maybe better!

It will show you data continuously, in a compact, color-coded fashion (unlike iostat, vmstat) and you can always see past data (unlike iftop, iotop, htop).

There's probably a shorter way to write it but then again, shell history or aliases.

This one is a rather complicated and powerful tool, but I'm only covering the basic stuff (setup and basic commands).

Rather awesome addition from Python 3.3, backported to Python 2.x

Just do this and you'll get at least an idea of what's causing the segmentation fault. Just add this in some module that's always imported:

This won't work in PyPy unfortunately. If you can't get interactive (e.g.: use gdb) you can just set this environment variable (GNU libc only, details):

Make sure the path is correct - otherwise it won't have any effect (e.g.: run locate libSegFault.so).

Quick stacktrace on a signal? faulthandler

Add this in some module that's always imported:

Then run kill -USR2 <pid> to get a stacktrace for all threads on the process's stderr.

Well, there's are plenty of tools here, some specialized on WSGI applications like Dozer but my favorite is definitely objgraph. It's so convenient and easy to use it's amazing. It's doesn't have any integration with WSGI or anything so you need to find yourself a way to run code like:

And you get a nice diagram like this (warning: it's very large). You can also get dot output.

Sometimes you want to use less memory. Less allocations usually make applications faster and well, users like them lean and mean :)

There are lots of tools [1] but the best one in my opinion is pytracemalloc - it has very little overhead (doesn't need to rely on the speed crippling sys.settrace) compared to other tools and it's output is very detailed. It's a pain to setup because you need to recompile python but apt makes it very easy to do so. In fact, it is so good that it got included in Python 3.4. See PEP-454 for details.

Just run these commands and go grab lunch or something:

Alternativelly, you can use this ppa but I think it might be outdated by now. You can make your own ppa, it's easy enough.

And install pytracemalloc (note that if you're doing this in a virtualenv, you need to recreate it after the python re-install - just run virtualenv myenv): 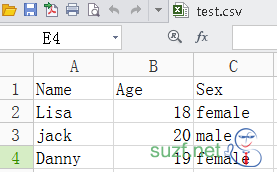 I use SELECT COUNT(*) FROM db WHERE <expression> to see if a set of records is null. So:

My question is: how do you test for this condition?
I have a number of other ways to accomplish this. Is something like the following possible?

fetchone returns a row, which is a sequence of columns.
If you want to get the first value in a sequence, you use [0].

You could instead compare the row to (0,), as you're suggesting. But as far as I know neither the general DB-API nor the specific MySQLdb library guarantee what kind of sequence a row is; it could be a list, or a custom sequence class. So, relying on the fact that it's a tuple is probably not a good idea. And, since it's just as easy to not do so, why not be safe and portable?

Or, putting it together in one line: